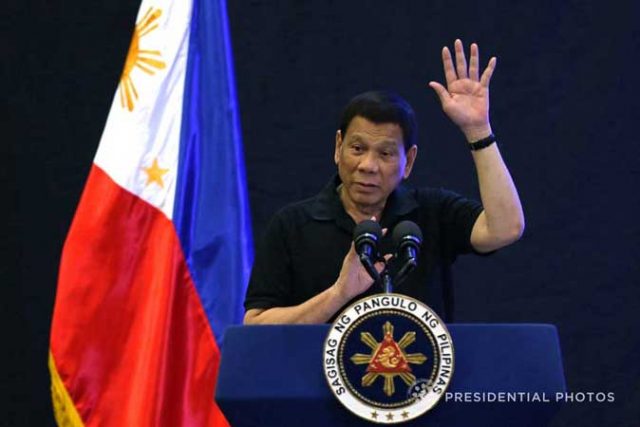 SOME 500 medical frontliners, lawyers, businessmen, members of the academe, media workers and civil leaders on Thursday initiated an online petition calling for the resignation of President Rodrigo R. Duterte, citing his “failure” in addressing various issues facing the country.

“Our country is on the brink of disaster. At the time the nation needs him most, Duterte is a total failure as a leader. He must step down,” the group declared in the running petition which had more than 27,000 signatories as of Friday afternoon.

In the petition filed on change.org, they said Mr. Duterte’s administration was marred by “incompetence, brutality, corruption and kowtowing to foreign powers” over the past five years.

The pandemic “only magnified his failures of leadership,” the petition read.

The petitioners said the country needs competent leadership to implement broad-scale testing, expand contact tracing, and boost the healthcare system with a focus on setting up isolation and treatment facilities.

They also slammed the administration for failing to assert the country’s sovereignty amid the increased aggression of China in the West Philippine Sea.

Six warships of the Chinese navy have scattered across the South China Sea, according to the taskforce handling Manila’s border disputes with Beijing.

Citing sovereignty patrols conducted by the Philippine military, the taskforce said two Houbei class missile warships were spotted at the Mischief Reef, one Corvette class warship at the Fiery Crosoque s Reef, and one navy tugboat at the Subi Reef.

About 15 vessels, either manned by Chinese Maritime Militia, People’s Liberation Army Navy, or the Chinese Coast Guard were also spotted at the Scarborough Shoal, the task force said.

About 240 Chinese vessels supposedly manned by Chinese militias have also spread out to a wider area in the South China Sea, it said.

Mr. Roque has said the President would try to iron out the tension between Manila and Beijing privately.

“He has shown that so far, in the past five years of his administration, we have moved from a position of antagonism with China to a position of friendship and we would benefit greatly now that we are able to talk with China,” he told a televised news briefing this week.

The petitioners, on the other hand, said, “Duterte’s subservience to China threatens to tie our vaccination program to China’s expansionist agenda in the West Philippine Sea.”

Defense and other government officials, business groups, civic and church leaders, among other sectors, have already condemned China’s aggression.

The petition said the populist leader remains “obsessed with the drug war, attacking his critics and ordering the deaths of those he considers his enemies” instead of using government resources to address the prolonged pandemic and defend the country’s territorial integrity.

“We do not need a leader who fuels fear or division. We need one who can unite all Filipinos of various beliefs in this one big fight to save the nation,” the petition said.

“Duterte is not this leader. He has done too much damage to our people. He will never change. He must resign.” — Kyle Aristophere T. Atienza