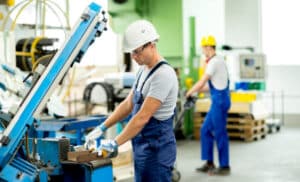 Medium-sized businesses are set to lead Britain’s economic recovery out of the winter lockdowns with strong investment and recruitment plans, according to a report.

Three quarters feel that this year is the time to invest and 26 per cent plan to invest in new locations or mergers and acquisitions, BDO has found. Eighty-six per cent are looking to recruit staff over the next six months, with 54 per cent planning permanent appointments, the accounting firm’s survey of bosses of 500 mid-sized British businesses suggests.

Seventy-five per cent of companies expect revenues to return to pre-pandemic levels within a year of the strictest restrictions being lifted.

The findings are encouraging as middle-sized, private equity-owned and Aim-listed companies account for less than 1 per cent of national businesses overall, but contribute £1.4 trillion in revenues and provide one in four jobs, BDO said.

Ed Dwan, a partner at BDO, said that mid-sized businesses were set to benefit from the vaccine programme and the lifting of restrictions and that access to finance and supply chain support would be “crucial in creating an environment that allows these businesses to thrive”.

A separate survey by Make UK, the lobby group, said that the government’s introduction of the “superdeduction” tax incentive, announced at the budget last month, was set to boost investment for manufacturers this year. Make UK, which represents 20,000 companies, found that 22.6 per cent of business planned to increase investment as a direct response to the tax, with 28.1 per cent bringing forward investment plans. However, 48.6 per cent said that there would be no change to their investment plans or their plans were too rigid to change.

Verity Davidge, director of policy at Make UK, said that there was an “urgent need to consider how we make a structural change to permanently increase investment for the long term”.