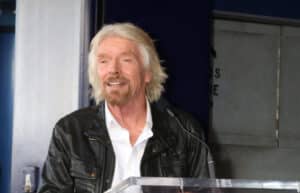 A start-up that uses artificial intelligence to measure levels of air pollution has raised $3.3 million from angel investors to open offices in the UK.

Airly, which was founded in 2016 by three Polish engineering students, combines sensing technologies and software to measure key pollution markers including emissions such as nitrous oxide, sulphur dioxide, methane and carbon monoxide.

The business claims that it is “the first step towards pollution-free cities” because its platform acts as a warning system for dirty air at street level.

The business is working with 600 local authorities and cities including Hong Kong and Oslo and companies including Philips, PwC and Veolia. The new fund raise will double Airly’s staff of 35 and allow it to expand with offices in the UK and US.

The funding round was led by Brent Hoberman’s venture fund. Previous backers have included Sir Richard Branson’s family and the family of Sir Ronald Cohen.

Wiktor Warchalowksi, chief executive and co-founder, said: “Polluted air is a plague on our health: it’s like a pandemic in slow motion. With this funding we can expand our global footprint to support even more cities, enterprises and communities to repair the air.”

Last year Ella Kissi-Debrah, a nine-year-old girl, became the first person in the UK to have air pollution listed as a cause of death.