Female freelancers have faced “disproportionate financial struggle” during the pandemic 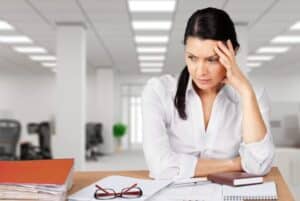 On International Women’s Day, IPSE (the Association of Independent Professionals and the Self-Employed) has warned that female freelancers face a “disproportionate financial struggle” during the pandemic.

Late payment and financial struggles have had a more severe impact on female freelancers, with nearly two out of five losing sleep over worry – compared to 26 per cent of men. Nearly one in three also felt feelings of inadequacy (compared to 12% of men), while more than a third experienced a lack of confidence (compared to 18% of male freelancers).

Another key problem affecting many female freelancers during the pandemic is reduced government support because of maternity leave. As campaign groups such as Pregnant Then Screwed have highlighted, women who took maternity leave in the tax years used to calculate the Self-Employment Income Support Scheme have received significantly reduced grant payments. For many freelance mothers, the closure of schools has also given them additional care and even teaching responsibilities that have encroached on their work.

Chloé Jepps, Head of Research at IPSE (the Association of Independent Professionals and the Self-Employed), said: “The pandemic has brought disproportionate financial struggles on many self-employed women. Even before 2020, they faced a much greater gender pay gap than among employees: the average female freelancer charged £65 less than their male counterparts and was more likely to want support and guidance to stop them undervaluing themselves. Now, the pandemic has exacerbated the financial divide between male and female freelancers.

“Although there has been a bigger drop in the number of self-employed men than women – in large part due to the varied impact on different sectors – the women still in self-employment are facing greater financial struggles than their male counterparts.

“Women are not only more likely to be unable to pay basic business and living costs: more of them are also having to borrow from family and friends and sell items they own as a result. A big driver of this is the fact that significantly more women than men are affected by late payment – and the impact of this is also worse on female freelancers’ mental health, driving them to stress, sleep loss and lack of confidence.

“These are broad trends across the female freelancer community: there are also many self-employed mothers with added worries. Too many freelance mums still receive less government support just because of when they took maternity leave.

“Overall, it is clear that although more women have clung on in self-employment, of those freelancers who remain, the financial strain of the pandemic is hitting women harder, both practically and in terms of mental health. This is an area that both government and industry should look at – to ensure all self-employed people regardless of gender can enjoy the freedom of freelancing and play their vital part in economic recovery.”