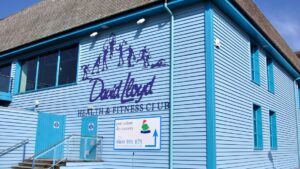 Leisure and hospitality businesses have accused the government of being “unable to add up” after putting a £2 million cap on the business rates discount unveiled in the budget.

According to analysis by Gerald Eve, the property consultancy, the two-thirds discount announced by the chancellor is “an illusion” for many businesses because the cap has been imposed on businesses rather than individual properties.

Rishi Sunak said that, after the expiry of the rates holiday at the end of June, leisure and hospitality businesses and non-essential retailers would move to a two-thirds discount for the next nine months.

However, Gerald Eve says that the application of the cap to a whole business means the discount received by chains will be far lower. It cites the example of David Lloyd Leisure, the operator of 90 health clubs, which it estimates will end up paying full rates from August, equivalent to a discount of only 11.1 per cent over the nine-month period. On an individual property basis, the chain’s discount would have been £12 million.

The story is repeated across the leisure, hospitality and retail sectors. Gerald Eve estimates that even modestly-sized chains will be affected, with the cap being hit by groups with an average of 50 pubs, 40 casual dining restaurants, 25 fitness clubs or 20 cinemas.

Commenting on the budget, Robin Rowland, 59, operating partner at the investment firm TriSpan and a non-executive director at Fuller’s and Caffè Nero, said: “The rates piece is great news but we need to get rid of this £2 million cap which is clearly an oversight by the government. They don’t understand large businesses and can’t add up multiples of units to get the number, not difficult!”

Glenn Earlam, 55, chief executive of David Lloyd, said that capping rates relief at £2 million per business rather than per site means we “will hit the limit in less than a month, but still be paying off our creditors for 18 months”.

The retail sector was also upset. Mike Ashley’s Frasers Group said the £2 million cap on the discount made it “a near worthless support package for large retailers”.