Here Are the 10 Key Immigration Issues 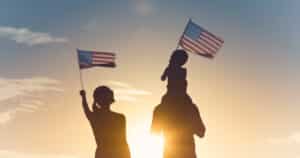 The subject of immigration seems to be a permanent fixture in the daily news. There always seem to be many issues on which nobody in government seems to agree.

But with a new president in the White House, it may be possible to expect changes in immigration laws. Let’s have a look at the 10 key immigration issues affecting immigration today:

The fate of the millions of undocumented people living in this country because they were brought in as children rests on the shoulders of lawmakers as President Biden recently issued a memorandum to the Secretary of Homeland Security in which he expects them to take needed actions to preserve and fortify the DACA program.

The Department of Homeland Security extended TPS to people arriving from Syria. Other countries benefiting from this designation are El Salvador, Haiti, Nicaragua, Nepal, and Sudan.

More than 11 million undocumented immigrants are anxiously awaiting the government’s actions regarding the possibility of opening a pathway to citizenship. Democrats have pushed for such a path with restrictions and certain conditions that must be met.

After the heartbreaking stories of children being separated from their parents at the southern border, many children still remain in custody far away from their parents. Achieving the reunification of all of them may prove quite difficult.

Foreigners who fear for their lives in their countries of origin may be granted asylum or refugee status at their arrival to the United States. Even after complying with the various bureaucratic requirements, many still find their status unresolved and fear deportation.

To qualify for the visa lottery, applicants must be from what is referred to as an “underrepresented” country. Other requirements are at least a high school diploma and two years of work experience. Visa caps are set per region and are assigned randomly. It has been suggested that it should be turned into a more merit-based program. For the moment, many who have qualified have yet to receive their green cards.

These cities, in which governments do not fully comply with federal immigration efforts. The main question in this regard is whether these cities should be allowed to keep their sanctuary policies or if they should be abolished.

Although many are upset by the ICE’s tactics regarding the undocumented immigrants they arrest and detain, democrats now in power are calling for reforms to this government entity and a more scaled-back approach to immigration enforcement.

The US has been sending millions to Central American countries to help improve judicial and economic systems as well as their security in order to discourage people from emigrating.

10.  Treatment of Immigrants While in Detention

Although the Department of Homeland Security has said it has been overwhelmed by the number of people that attempt to cross the border every day, there has been a public outcry about the way people are treated while in detention.

You may have to engage the services of an immigration lawyer in order to expedite the process of obtaining a visaand to ensure that all requirements have been fulfilled. Do not risk your stay in this country by trying to do this on your own.