Gordon Ramsay restaurants lose out on £60m trade thanks to Covid 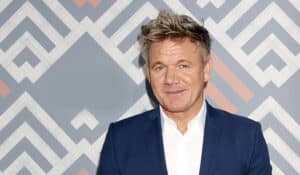 Gordon Ramsay has suffered his own kitchen nightmare during the pandemic with his restaurant empire missing out on nearly £60m of trade.

The celebrity chef said that in December his 35 UK restaurants had £10m worth of reservations “wiped out overnight” when coronavirus restrictions were reimposed.

Ramsay has 18 restaurants in London including Pétrus, Bread Street Kitchen and Restaurant Gordon Ramsay, as well as a further 17 worldwide. In 2019, the businessman replaced his Maze Grill venue in Mayfair with Asian-themed Lucky Cat.

The chef, who is presenting new BBC quizshow Bank Balance, said his company had used the government’s furlough scheme to preserve hundreds of jobs at the group.

Sign up to the daily Business Today email
“Lockdowns have caused utter devastation,” he told the Sun. “Having been through so much with the 2008 financial crash, then terrorist attacks and 9/11, when Covid first hit, we all thought it would be over and done with in a couple of weeks. But it’s been long haul.”

The pandemic has had a “significant impact” on the group’s finances, said the group’s chief executive, Andy Wenlock, in a note to the accounts. It had negotiated rent concessions with landlords and secured additional bank funding and anticipated being able to meet its liabilities for at least 12 months.

Read more:
Gordon Ramsay restaurants lose out on £60m trade thanks to Covid