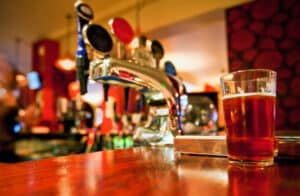 The hospitality industry is going through “carnage” and needs more government help.

The chancellor’s grants for closed businesses fall way short of covering their costs, an online “round table” event was told.

Philippa Goodwin, finance director of the Hoburne Group of holiday parks – with a site at Bashley in the New Forest – said income from food, beverages and entertainments had “really suffered”, but was “slightly subsidised” by areas such as holiday home sales.

“In terms of the government support it’s somewhat lacking at the moment. The grants that we’ve been able to claim this time round are pathetic,” she said.

“Our costs are still high. Furlough has been great but we’ve got probably about 800 people across our business and it’s quite complicated in terms of weekly variable pay. The furlough claim is hugely complex but it certainly has helped us keep people employed.”

Mark Cribb, owner of Bournemouth’s Urban Guild venues and host of the podcast Humans of Hospitality, said: “I really hope the government realise how important Easter is for us. I get the challenge of reopening for Easter, because if all of a sudden you let everybody start to travel, clearly that could be detrimental, but if you’re not going to allow us to open, let’s be realistic about some of the support that’s available.

“We’ve only got two months left of this year and so far we’ve only traded for nine weeks unrestricted.”

He added: “I spend about half a million pounds a year on taxes if you look at VAT, national insurance and all that sort of stuff. Up until about two weeks ago, I’d had £3,000 so I pay half a million a year in taxes and I’ve had three grand back. That’s not the government being super-generous.”

Paul Kinvig, chief operating officer of Bournemouth Town Centre Business Improvement District, said: “It’s been carnage. Hospitality was one of the first to close and will essentially be the last to open.”

Mairead Taylor, NatWest’s director of corporate and commercial banking in Southampton and Dorset, welcomed the chance to listen to businesses at the event. “We’ve got a huge leisure part of our business based in Dorset. I have regular updates from my leisure relationship managers but it’s a great opportunity to hear from you directly,” she said