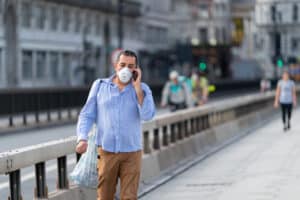 Britain is likely to avoid a double-dip recession after the economy proved resilient during the November lockdown, the EY Item Club forecasts.

Growth will accelerate in the second half of the year as vaccines allow the economy to open up and household spending bounces back. Business investment is expected to swing in behind the consumer to deliver “two years of strong growth”.

Item, the only non-governmental economic forecasting group to use the Treasury’s model, said that forecasts of a double-dip recession across the final three months of 2020 and the first three months of this year look premature.

The 2.6 per cent fall in GDP in November was far less than predicted and Item now believes “no contraction to have occurred in the fourth quarter” of last year despite the mini-lockdown, which means that “the UK may — just — avoid its first double-dip recession since the 1970s”. The tougher restrictions in the first quarter of this year will shrink the economy by “3 per cent to 4 per cent”, Item said, after which the economy will grow.

“Vaccine rollouts are under way and a trade agreement with the EU has been secured, putting the UK in position for a steady economic recovery from the second quarter onwards,” Item said.

As a result it has upgraded its growth forecasts to 5 per cent for this year, 6.5 per cent for next year, 2 per cent for 2023 and 1.8 per cent for 2024. The economy will regain its pre-pandemic peak in the third quarter of 2022. In Item’s previous summer and autumn forecasts, it did not predict a full recovery until 2024 and 2023 respectively.