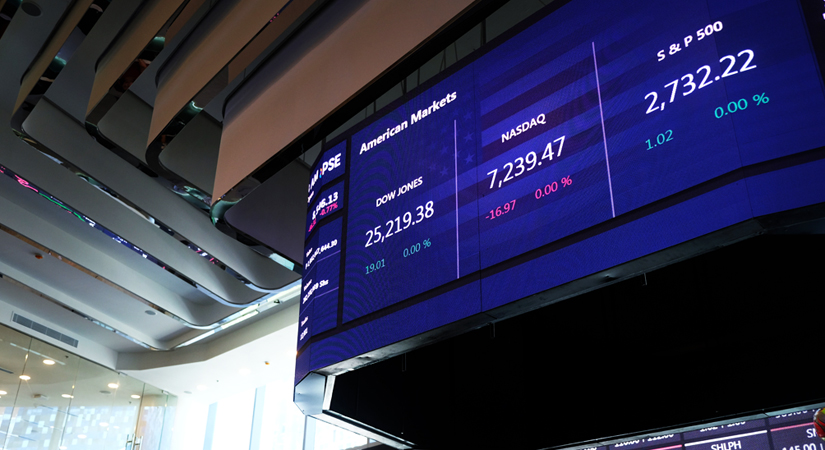 LOCAL SHARES ended in negative territory on Monday as investors resorted to profit taking due to a lack of market catalysts.

Philstocks Financial, Inc. Senior Research Analyst Japhet Louis O. Tantiangco said the market ended lower due to a lack of catalysts and as investors just proceeded to pocket their profits.

“Given the lack of compelling factors, investors chose to book gains resulting in the decline,” Mr. Tantiangco said in a text message.

For AAA Southeast Equities, Inc. Research Head Christopher John Mangun, the local bourse dropped due to heavy selling pressure at the start of the trading day.

“Trading volumes on second liners and speculative issues spiked as investors try to seal a profit before the holidays. Volumes may continue to decline in the coming trading days,” Mr. Mangun said in an e-mail.

“The market ended slightly lower as investors have pocketed their gains over the shortened trading week due to the upcoming holidays,” Mr. Pangan said in a mobile phone message.

Most of the sectoral indices at the PSE ended in negative territory on Monday, with property being the sole gainer, climbing 0.66 point or 0.01% to end at 3,685.18.

“This shows that trading this Monday still had conviction, but has waned relative to last week,” Mr. Tantiangco said.

“The index seems to have moved sideways for the past few days, with nearest support at 7,100 while immediate resistance at the 7,350 area,” Mr. Pangan said.

“The PSEi was able to close above its 7,200 support level today. However, increased selling pressure in the coming days may send it closer to 7,000,” Mr. Mangun said on Monday.