Xbox Series X/S – a complete guide to the launch games

With the first wave of pre-orders disappearing in a matter of hours, consumers clearly overcame initial confusion over the naming of the Xbox Series X and Xbox Series S (although there have been reports of a massive boost in sales of the Xbox One X suggesting some still don’t quite understand what’s going on). Microsoft’s commitment to cross-generational compatibility has taken the emphasis off platform exclusives, but there are still plenty of new games to get excited about, all of which will be greatly enhanced on the incoming machines. Here’s what we can expect from the Series S and X launch on 10 November – and beyond. 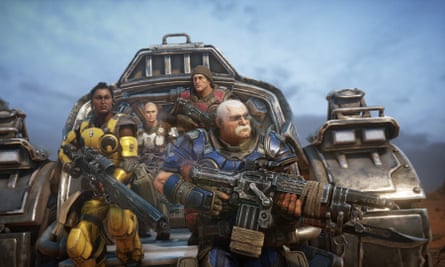 With Halo Infinite delayed, this offshoot from the muscle-bound sci-fi shooter series will be the biggest first-party title on launch day. Clearly inspired by the XCOM franchise and set 12 years before the original Gears of War, it has players recruiting an army of specialists to wage turn-based battles against Locust invaders. Expect aggressive strategic play and huge boss fights.
Watch trailer

The latest instalment in the main Gears series gets an enhanced version for Series X complete with greatly improved texture resolutions, new visual effects and a frame rate of 60 frames-per-second at 4K resolutions.
Watch trailer

The latest in Ubisoft’s series of time-spanning open world adventures has Viking raider Eivor, storming through ninth-century England, slaying locals and building settlements. Certain to be a graphical showcase for the new consoles.
Watch trailer

Incredibly the work of a lone developer, Zeng “FYQD” Xiancheng, Bright Memory is a cyberpunk adventure set in a sprawling metropolis, 15 years in the future. Part shooter, part melee brawler, it’s being described as a cross between Titanfall and Dark Souls – and it looks beautiful.
Watch trailer

The fifth expansion to Bungie’s operatic online shooter sequel touches down on Jupiter’s icy moon, Europa and adds a new Stasis sub-class, as well as a new raid, Deep Stone Crypt. It’ll be optimised for Series X, running at 60 frames-per-second at 4K, and cross-play functionality will allow co-op with Xbox One owners.
Watch trailer

Released on current platforms in August, Square Enix’s action role-playing punch-’em-up is getting a next-gen makeover, which will be free to download for owners of the original game. The developer is promising faster load times, boosted resolution and improved textures and armour destruction, and cross-platform co-op play will let you team up with friends on Xbox One.
Watch trailer

2K Games is promising extra gameplay features and enhanced visuals for the Series X version of its annual basketball sim, which is already out on current platforms. It’s also offering a free upgrade to those who bought it on Xbox One but only if they purchased the more expensive Mambo Forever edition, which isn’t quite in the spirit of Microsoft’s Smart Delivery initiative.

Originally released in 2017, this dark cyberpunk thriller has been given a full next-gen overhaul by developer Bloober Team, adding 4K textures, HDR lighting and, yes, ray-tracing. Featuring the late Rutger Hauer as dishevelled protagonist Daniel Lazarski, it could be the cult hit of the launch period.
Watch trailer

Released in 2018 to huge critical acclaim, Tetris Effect added a fresh rhythm action component and innovative new modes to the classic block-sorting puzzler. This update will add multiplayer competitive and co-operative play, while the Series X version promises graphical upgrades and a 120fps frame rate. The unsung hero of the launch lineup, for sure.
Watch trailer

An intriguing air combat game with giant birds of prey replacing jet fighters, this open world steampunk adventure is getting a Series X edition, its vast ocean-flooded world rendered in 4K visuals at 60 frames-per-second. With its haunting natural landscapes and innovative flight mechanic, it could well be the console’s sleeper hit.
Watch trailer

The third title in Ubisoft’s near-future open world adventure series is another fight against corrupt corporations and surveillance capitalism, this time set in a vast London filled with side-quests and activities. Hack networks, recruit team mates and smash the system – either alone or in a co-op team. Anyone who buys the Xbox One version will get a free upgrade to Xbox Series X when they buy the new console.
Watch trailer

Take on the role of rookie hood Ichiban Kasuga on his bloody rise up the ranks in Sega’s thrilling gangland role-playing sequel. Hugely acclaimed on its Japanese release in January, it will surely make a huge impact on the next generation machines – and it’ll be coming to Xbox Series X months before PS5.
Watch trailer

The stylish supernatural brawler returns with higher frame rates and support for real-time ray-tracing. Capcom has also added hybrid demon-human warrior Vergil as a playable character as well as some wild new game modes to take advantage of the machine’s ability to throw numerous monsters around the screen at once.
Watch trailer

The offroad racing sim will get an enhanced version on Xbox Series X, including the option to play at a scorching 120 frames-per-second – we’ve tried this and it is rather amazing. The update will be free to those who buy the PS4 version in October.
Watch trailer

The battle royale mega-seller needs no introduction, and was always a likely next-gen launch title – but developer Epic Games is putting in the effort, with support for ray-tracing and faster frame rates. Players also get to bring their characters and progression across from previous versions.
Watch trailer 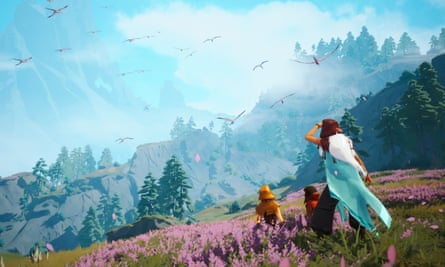 With an incredible 23 first-party studios (up from 15 after the Bethesda purchase), Microsoft has plenty of in-house projects on the way, most also on PC and a few on Xbox One. Among those we know about are Halo Infinite (due out next year), Everwild from Rare, State of Decay 3, Grounded, the next Forza Motorsport, Fable, Senua’s Saga: Hellblade 2, interactive drama As Dusk Falls, and Obsidian’s first-person fantasy role-player Avowed.

Other titles coming to Series S/X but not PlayStation 5 (at least for a while) include: psychological horror trip, The Medium; Giger-inspired horror shooter, Scorn; picturesque 1930s yarn, Call of the Sea; turn-based supernatural adventure Echo Generation; and free-to-play online shooter, Exomecha.

Both Xbox Series X and Xbox Series X will run all Xbox One titles, and will also run all the Xbox 360 and original Xbox titles that are currently supported by Xbox One, with more following on a regular basis. If you buy an Xbox Series X your console will also support the Xbox 360 and original Xbox titles that have been specially enhanced with much higher resolutions and texture details. However, if you buy an Xbox Series S, these older titles will still be enhanced, but not to the same degree. There’s a more detailed explanation of all this on the games site Polygon, but basically, thousands of vintage games will be playable on either Xbox Series X or Series S, but how those experiences will be enhanced depends on which one you opt for.

o PlayStation 5 – a complete guide to the launch games