The Apple Watch SE is a cheaper version of Apple’s smartwatch that offers most of what makes it good while cutting out some key features.

The Watch SE comes in two sizes, 40mm or 44mm, and is made of aluminium. Prices start at GBP269 – GBP100 less than the top Apple Watch Series 6 – and tested here in the 44mm space grey version with 4G and costing GBP349. It requires an iPhone and cannot be used with Android.

Similar to Apple’s iPhone SE, the idea behind the Watch SE is to combine the best bits of the company’s recent devices into a more affordable model. As such the watch is essentially a Series 6 with the S5 processor from last year’s Series 5, no always-on screen and no electrocardiogram (ECG) or blood oxygen sensor (SpO2). 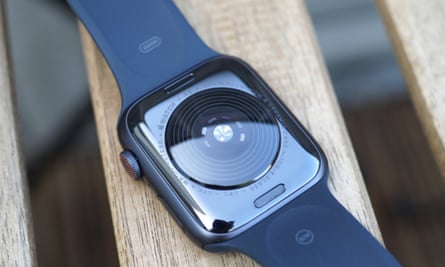 The screen is the same quality as the Series 6, which makes it bright, colourful and crisp when on. But Apple has removed the ability for it to show the watch face all of the time. When you’re not actively using it the Watch SE’s screen is off. Only when you tap it, turn the digital crown or twist the watch face towards you does it light up to show the time or an app.

It takes about half a second to do so when you rotate your wrist. But it requires a fairly deliberate action, meaning you can’t check the time at an off-angle glance when you’re carrying something or just typing at a keyboard on a desk.

Otherwise the Watch SE fits the same as other Apple Watches with the same range of straps, and is available in silver, space grey or gold. 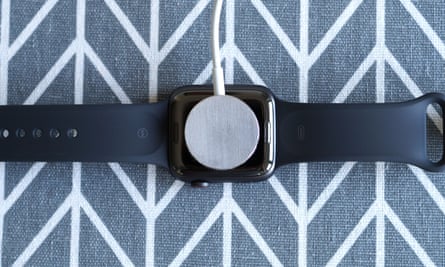 The Watch SE has the S5 chip that was used to great effect in the Series 5. On paper it is 20% slower than the S6 in the Series 6, but it is not a noticeable difference. It is considerably faster than the chip used in the older Series 3 that remains on sale.

Battery life is very good, lasting a total of 49 hours on between charges. That includes sleep tracking overnight, which consumed 12% of the battery in eight hours, and a 25-minute run that consumed 5%.

The watch fully charges in 1 hour 52 minutes from flat using the magnetic charging cable and a standard 2A USB power adapter, which is just under 30 minutes longer than the Series 6 and about the same as the Series 5. 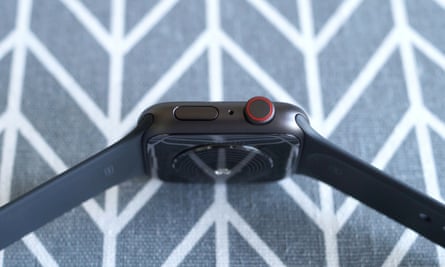 Apple does not provide an expected lifespan for the battery in the Watch SE. Similar batteries typically last at least 500 full charge cycles while maintaining at least 80% capacity. The battery can be replaced for GBP82.44 while the watch can be repaired for between GBP206.44 and GBP236.44 depending on the model.

The Watch SE uses 100% recycled aluminium in its case. It does not ship with a power adapter in the box, but the wireless charging puck has USB-A connector for plugging into standard USB power adapters.

Apple is also using renewable energy for final assembly of the watch and breaks down the Watch SE’s environmental impact in its report.

It offers trade-in and free recycling schemes, including for non-Apple products. 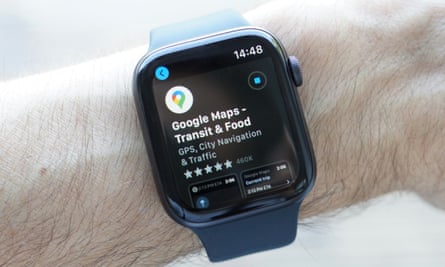 The Watch SE runs the latest watchOS 7 out of the box and has all the same notification, fitness and health-tracking features as the Series 6, minus the ECG and SpO2 that require dedicated hardware sensors.

Voice dictation is now fully locally processed, meaning Siri is super fast for setting timers and other bits. The Watch SE has the same tight integration with an iPhone as other Apple Watches, for notifications, Apple Pay and a relatively healthy selection of third-party apps, including Strava, Google Maps and a basic version of Spotify.

The one app that’s missing is WhatsApp. You can reply to messages via the notification system but cannot start new ones from your wrist.

The watch connects to an iPhone and the internet via Bluetooth and wifi, plus 4G for those models that support it and if you have a compatible phone plan. Most of the watch’s functions also work offline, such as health and fitness tracking but not notifications or maps. Apple Music can store tracks offline, for playing back via Bluetooth headphones for running or similar, but Spotify cannot. 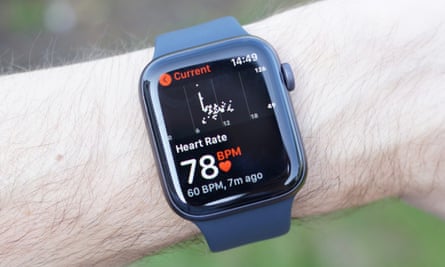 The Watch SE has all of the health-monitoring features of other Apple Watch models apart from those reliant on the ECG or SpO2 sensors, which aren’t included here. The Watch SE, therefore, has heart rate monitoring, fall detection, noise monitoring, steps and general activity tracking, plus workouts ranging from running, cycling and swimming to core training, yoga and a huge list of others.

The screen doesn’t stay on when you’re exercising, which means you can’t see the timer or similar while working out unless you tap the watch or rotate your wrist as you might to see the time. That’s not a problem for running, but was for seeing how long was left during a plank.

Sleep tracking records the time you were sleep and can set a standard alarm, but cannot measure your sleep cycle and has none of the smart alarm functions that competitors have, which wake you up in a light sleep phase so you feel refreshed.

The hand washing tracking is genuinely smart and useful, employing on-device AI to detect when you are washing your hands using your motions and the sounds of water and soap, and automatically timing you 20 seconds and logging it in the Health app. 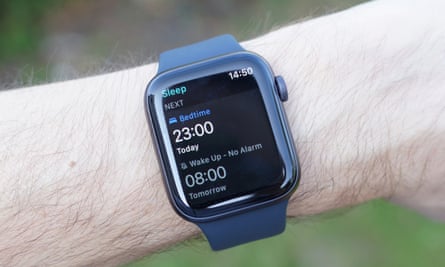 The Apple Watch SE comes in two sizes, three colours, various strap options and with or without optional 4G, which requires an eSIM and compatible phone plan add-on to use.

The Apple Watch SE is almost a resounding success, but is let down by one cut corner too many.

It has all the major features that make an Apple Watch good. Excellent notifications, pin-sharp haptics, snappy performance and good battery life. Sleep tracking is a bit rubbish, but the rest of the good health-monitoring features are excellent and it has solid exercise tracking too.

The lack of ECG and blood oxygen saturation sensors is only really a negative if you’re looking for comprehensive monitoring done manually – they’re only things you stop in your day to use if you’re worried about a particular thing such as your heart.

But the lack of an always-on screen is a deal-killer for me. From glancing at the time and date to timing exercises, not having the screen on all the time is really irritating. It’s also a feature practically every other smartwatch at this price or less has.

If you can get over that one big drawback the Apple Watch SE is great. Just note that while the GBP269 Watch SE is lower cost for an Apple Watch, it’s not cheap for a smartwatch with most rivals costing similar or less.

Cons: screen not on all the time, only works with an iPhone, sleep tracking not great, no ECG. 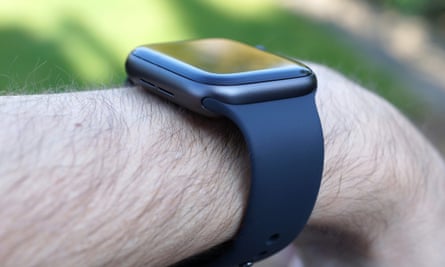