It used to be the case that you had to spend at least GBP700 to get a really good phone. But in 2020, that’s no longer true. With fantastic smartphones costing as little as half as much as an iPhone 11, here’s a quick guide to the best mid-priced phones.

Many of these smartphones will also be available on mobile phone contracts with no, or little, upfront cost. Just be sure to compare the total monthly fees over the 18- or 24-month contract against the cost of buying the phone outright, and using a cheaper sim-only or pay-as-you-go plan, to make sure you are getting a good deal. 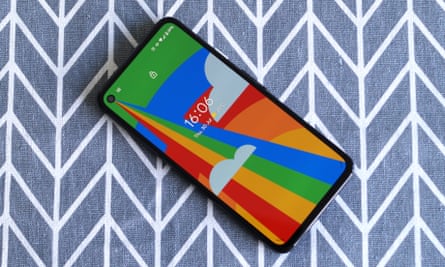 The Pixel 4a is a return to form for Google. A small, light and highly capable Android device that gets back to the basics of what a good phone is.

The 5.8in screen is big enough without being massive. The processor is fast enough and you get 128GB of storage for your apps and photos.

The high-quality matt black plastic is just 8.8mm thick and weighs 143g, making it easy to hold and pocket. There is a good fingerprint scanner on the back for unlocking it, a headphone socket in the top and USB-C port in the bottom for charging. The battery lasts 31 hours between charges.

Google’s single camera on the back is better than anything else you will get anywhere near this price, producing great photos in all lighting conditions. There is no optical zoom or ultrawide-angle camera but the selfie camera is good.

The Pixel 4a is one of the first phones to run the recently released Android 11 and will receive at least three years of software updates plus Google-exclusive features, such as the instant-transcribing Recorder app.

The mechanical parts are made of 45% post-consumer recycled material. But it lacks 5G and water resistance. 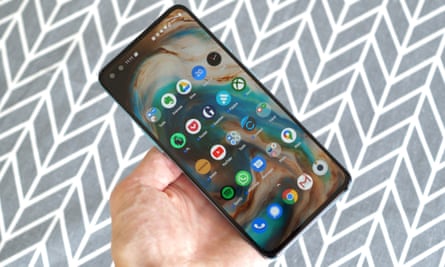 If you want a big-screen phone experience without a massive price, the OnePlus Nord delivers.

The 6.44in AMOLED screen runs at the faster 90Hz refresh rate for super-smooth scrolling, like the best top-end phones. It has 5G and can take two sims at once. It has a fast in-display fingerprint sensor. Performance is snappy and you get 128GB of storage.

The phone lasts 32 hours between charges and takes less than an hour to get back to 100%. It has four cameras on the back: a good main unit, an ultrawide angle, a macro and a depth-sensor for portraits. Plus two selfie cameras, one normal and one ultrawide.

The phone runs OnePlus’s excellent version of Android called OxygenOS, but is based on last year’s Android 10. From release, OnePlus will support the phone for two years of Android-version updates and a further year of security updates.

There is no water resistance, no headphone jack or wireless charging, but the front and back of the phone are glass while the sides are metallic plastic, so the Nord looks and feels like a phone costing at least twice the price.

A premium top-end phone experience with 5G at a bargain price. 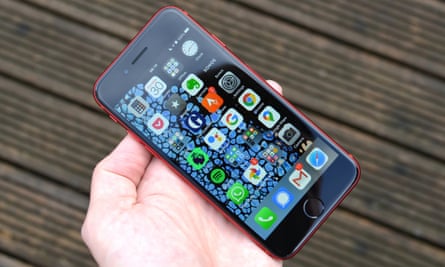 Apple’s cheapest smartphone is one of its best, providing a flagship chip with competition-beating performance that matches the firm’s phones costing more than GBP1,000.

The iPhone SE takes the important bits from the iPhone 11 and shoehorns them into the body of an iPhone 8. It is a dated design with the old Touch ID home button, chunky bezels and fairly small 4.7in screen. But also has a premium all-metal and glass build, wireless charging and IP67 water resistance (1-metre depth for up to 30 minutes), which are all rare at this price.

The phone lasts up to 27 hours between charges and it comes with 64GB of storage. It runs the latest iOS 14 and will get upwards of five years of software support from Apple meaning you can safely use it longer than any other mid-range phone.

It has a single rear camera that is very good, but lacks any night mode for shots in low-light or any ultrawide or zoom cameras. The selfie camera is pretty good too.

The iPhone SE is for people who don’t care about flashy features and just want an iPhone that works. 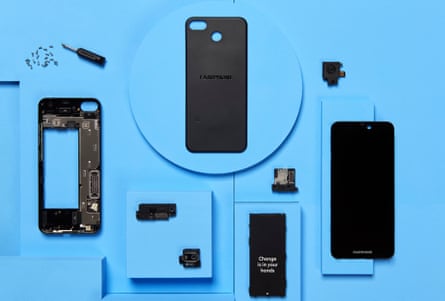 The Dutch Fairphone 3+ is the most ethical and repairable phone you can buy. It is produced by people paid a real living wage, using ethically sourced materials and 40% post-consumer recycled plastic.

The phone is modular and repairable by users, not just service centres. If something breaks you can replace the appropriate module using an included screwdriver.

The Fairphone 3+ has a 5.7in LCD screen, two sim slots, 64GB of storage and a microSD card slot for adding more.

The processor is a little weak, while the design is chunky and dated compared with the competition. It lasts up to 26 hours between charges but the battery is removable so you could have a spare if you wanted.

The phone runs a fairly standard version of Android 10 and Fairphone aims to provide five years of software support.

The new 48MP rear camera is reasonable in good light, but suffers in low light, while the selfie camera is very good. Neither match what you’d get from the Pixel 4a or iPhone SE, however. The phone lacks water resistance, but does have a headphone socket.

The most ethical and repairable smartphone you can buy, and it won’t break the bank.