Amazon has announced a full range of new spherical Echo devices, new motorised smart display, a camera drone that flies around your house, a game-streaming service and more.

In a streaming presentation, the company showed off a smorgasbord of new devices from its various brands, including Ring, Eero, Fire and Echo. 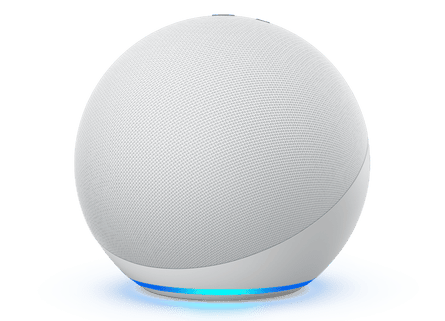 The new standard Echo ditches its cylindrical shape for a fabric-covered ball design with Amazon’s characteristic light-ring in the base to indicate when it is listening to you. It has a new 3in woofer and two tweeters with Dolby processing for stereo sound and automatic adjustment to the acoustics of your room.

It also has Amazon’s new AZ1 artificial intelligence chip for greater local processing of voice and other actions for increased privacy and speed. It will cost GBP89.99 in the UK or $99.99 in the US.

The next-generation GBP49.99/$49.99 Echo Dot also adopts a similar but smaller design, including a model with an LED clock on the front for GBP59.99/$59.99 and a Kids Edition, which has child-friendly settings, responses and activities including a reading coach.

The new Echo Dots have 1.6in front-firing speakers and tap-to-snooze or silence features. 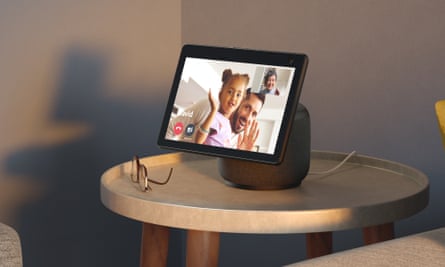 A new motorised Echo Show 10 was also unveiled costing GBP239.99 in the UK or $249.99 in the US. The device has a 10in screen that’s mounted on a swivelling base. The screen turns to face the person who is interacting with it, tracking their body rather than their face as they move around an area using local AI.

The new smart display has a 13-megapixel camera and can pan, zoom and rotate to keep you in frame during video callson Zoom or Amazon’s Chime service that will be available later this year. The camera can also be used as part of Amazon’s home security system called Guard, allowing it to pan around when it detects motion.

Amazon also unveiled new Alexa features, including a setting called “natural turn taking”, which allows people to invite Alexa into a conversation for continued follow-up requests, such as ordering from a takeaway menu. Alexa will also be able to learn the meaning of things per-customer, such as being able to teach it that “reading mode” means lights should be set to 40% brightness.

Users can also ask Alexa to delete all recordings of their interactions and set it so that Amazon deletes every interaction immediately after it has been processed. Amazon will also actively prompt users to review their privacy settings.

Amazon also launched a series of new products from its security company Ring, which will only be available in the US initially, including a new Car Connect system for vehicle manufacturers including Tesla.

The $59.99 Ring Car Alarm is a third-party alarm system that plugs into a car’s diagnostic port and actively monitors for break-ins, impacts and other events, alerting users via the Ring app if something happens.

The $199.99 Ring Car Cam is a smart dashcam that monitors your car for break-ins, bumps and other events when parked, acting as an alarm but with two HD cameras one facing out and one facing back into the cabin.

It also can automatically request emergency help in the event of a crash and has a feature called “traffic stop”, which is triggered by the phrase “Alexa, I’m being pulled over”. The camera then records footage of the event and notifies loved ones. 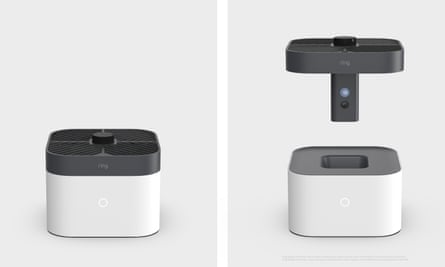 But the most surprising device of the lot is a new home camera drone called the Ring Always Home Cam. The $249 autonomous, flying indoor camera can move to predetermined areas of your home when an event occurs such as a break-in while streaming the video to your phone.

It sits in a little dock when not in use and only records video when flying and makes a noise when in motion to alert those around it that it is recording. 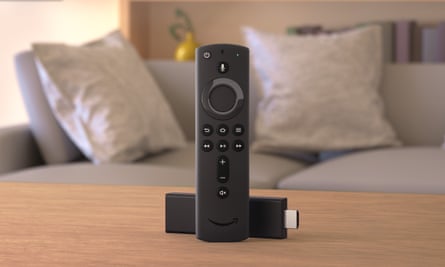 New Eero mesh wifi routers were also unveiled, the $129 Eero 6 and $229 Pro 6, both of which feature the latest wifi 6 standards as well as the Zigbee smart home standard and will be available in the US only initially.

The $5.99-a-month service which will launch in early access in the US, will stream to Fire TV devices, PC and Mac, with web apps for the iPhone and iPad and an Android app coming soon. Luna also has a dedicated low-latency cloud-connected controller costing $49.99, Twitch streaming integration and an Ubisoft partnership with games appearing on the service day-and-date with general release.