Skateboarding has always ebbed and flowed in popularity, according to pro skateboarders Rodney Mullen and Chad Muska. “We’ve watched this rollercoaster ride and, each decade, there’s usually a huge peak and then a dip,” says Muska. “But we’ve not felt the dip for quite a long time now.” Since a crash in the early 90s, skateboarding has been enjoying a slow ride to the top. The dudes of the original skateboarding boom, now in their 40s, are now vastly outnumbered in skate parks by teenagers.

In the late 90s and early 00s, rap and hip-hop became integrated with skate culture; skate videos ditched the grungy VHS aesthetic and fish-eye lenses for faster cuts and smoother shots. Fast-forward to 2020 and the kids that grew up with this culture are now paying homage. Jonah Hill’s directorial debut, Mid90s, is a coming-of-age film about 90s skateboarding, while Virgil Abloh, the creative director of Louis Vuitton, is now signing pro skateboarders to design shoes for his fashion house.

People thought the game would bring nerds into skating culture. But it inspired some of the best skaters in history

The arrival of the X Games in 1995 created exciting opportunities for skaters and attracted a lot of new sponsorship. But credit must also go – perhaps unexpectedly – to the Tony Hawk’s Pro Skater video games, which debuted on the PlayStation in 1999 and acted as a digital ramp for new skaters. Generating over $1.4bn in sales, they helped to usher an underground culture into the mainstream to the extent that it is now an Olympic sport. The games introduced a generation of impressionable kids to skateboarding and immersed them in skate culture too: clothes brands and trick names became part of players’ vocabulary, while the soundtracks were stuffed with everything from punk-rock and metal to rap and hip-hop. 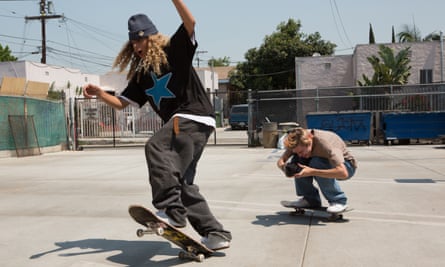 “The games introduced skateboarding to the world, directly into so many households,” Muska says. “Its cultural impact on skateboarding was so significant. I cannot even begin to quantify it.”

Mullen, regarded as one of the most influential skaters in history, was a playable character in Tony Hawk’s Pro Skater 2. He has first-hand experience of just how life-changing these games have been: he was ready to give up on skateboarding before Hawk asked him to appear in the game.

“I called him up and was like, ‘Hey man, I’m thinking of giving up. I don’t know if this is a sign, I’ve busted my ankle,'” Mullen says. Hawk’s reply took him by surprise. “‘You hurt your ankle? Big deal. That doesn’t mean anything. Oh, and by the way, do you wanna be in my game?'” When Mullen went on tour the next summer, a month after the game came out, there were more people watching him than ever. “It was insane,” he says.

He recalls being approached by two big guys during a late-night skating session in a rough Los Angeles neighbourhood. “They had this look that said: this is going to be bad,” Mullen says. “And then all of a sudden, one of them just goes, wait, aren’t you the guy in that game? He went to the body language of a little kid, asking me if I could do this trick or that trick. It was a crazy thing.”

“My point is,” Mullen continues, “is that when the game came out, not only did it blow up the existing community and our place in it, it also brought an awareness and a respect for skating to outsiders; especially with the language. That’s what connected with me. They taught people our language …” 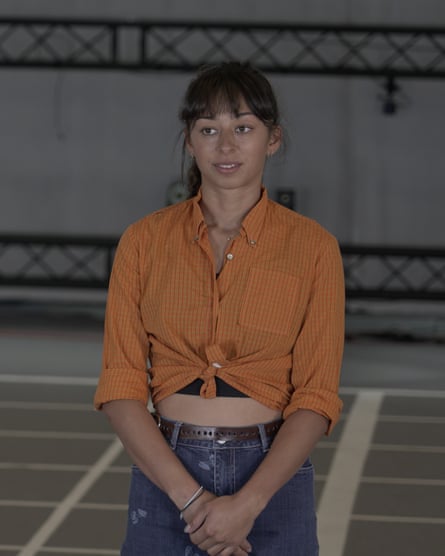 I remember when the game was announced and people were like, ‘Oh, it’s going to bring in all these nerds that just sit on couches playing games.’ It turns out that some of the best skateboarders in history actually started because of the game!”

Muska believes the Tony Hawk games were responsible for helping to smash the stereotype of skateboarders at the time. “Initially, when anybody thought of skateboarding, they thought white people, punk-rock and California,” Muska says. “These cultural barriers were being broken down.”

Lizzie Armanto, a 27-year-old pro skater, is a new addition to the virtual roster in the remastered Tony Hawk’s games, released this month. An X-Games gold medalist at just 20, Armanto has featured on the front cover of Thrasher and TransWorld Skateboarding magazine, and was the first woman to complete Tony Hawk’s infamous 360 loop. Armanto makes her voice heard when it comes to calling out prejudices in the skate scene. An emotional video called Above the Noise details the sexism that Armanto has to deal with on a daily basis, as she reads out social media comments alongside female skaters Jenn Sotohe and Samarria Brevard.

“There is a microscope on women and their appearance, and people are not as careful with their words,” Armanto says. “I think I’m really lucky and super thankful to have skateboarding as a background, because it helps you create a tough skin, both physically and mentally.”

While there’s still work to be done to drive inclusivity in skateboarding, Armanto is confident that the scene is making positive progress. “I definitely think there’s a change,” says Armanto. “Even when I first started, some family members would say, ‘You’re too pretty to be skateboarding,’ or my grandma would say, ‘You’re too fragile.'” Armanto believes that the growing hype is encouraging more people than ever to pick up a skateboard, regardless of their background.

Change is reflected in the language: at the time the Pro Skater games were originally released, a trick called the mute air was so named because its creator, a deaf amateur skateboarder named Chris Weddle, was known as the “quiet, mute guy” to other skaters. It will be known as the Weddle grab in the new game.

“It’s super important that [skateboarding] is diverse and includes people from everywhere because that’s what skateboarding is like to its core,” Armanto says . “It’s always been about what you do and not who you are.”

“Skateboarding is like music,” Muska says. “You could be a pool skater or a street skater. A vert skater or a park skater. You could be an emo skater who’s into the Cure or a SoundCloud rapper kid who listens to underground rap. That’s what really makes a professional skateboarder – when kids look up to that person as a role model and emulate their style and want to dress like them, skate like them and listen to the same music as them.” 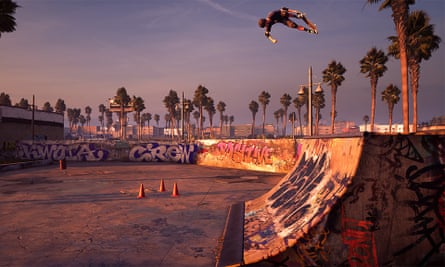 While its introduction to the Olympics has brought skateboarding into the sporting realm, for skaters it’s always been an art form where innovation is seen in style and movements, be it freestyle skateboarders such as Isamu Yamamoto or the death-defying drops of Aaron Homoki.

“I stand pretty strongly by [the idea] that skateboarding is not a sport,” Mullen says. “We are an entire culture with a specific language and a way of doing things and expressing who we are, not some [competition] that shows up every year … Street League, the Olympics, more power to them, but that’s not the whole picture.”